While tourism is considered to be one of the key industries in Sri Lanka, its geographical setting allows tourists to choose from beaches, heritage sites, thick jungles or cooler climes in the hill country all within a short distance of each other.

The island's beautiful beaches in the south and the eastern part of the island are a major tourist attraction, while the majority of tourists are from Europe and the surrounding Asian countries. Home to eight world heritage sites which include Kandy, Galle, Anuradhapura, Sigirya, Polonnaruwa, Dambulla, Nuwara Eliya and the Sinharaja tropical forest, there's plenty to experience in this miracle of Asia.

Kotte is the capital of the country, but Colombo is the island's 'Commercial Capital.' While the beaches and the sunny weather attract tourists especially during the European winter months, the National parks of Sri Lanka draw visitors who are eager to catch a glimpse of elephants and endemic species in the wild. According to the Kuoni poll conducted in the UK in January 2012, Sri Lanka was named as one of the top five destinations to visit. In addition, the island maintained the number one slot for destination weddings in the poll. 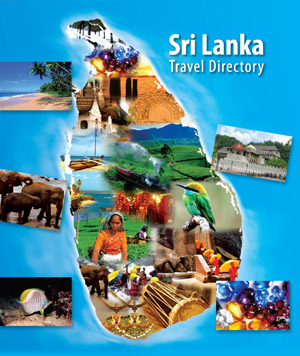