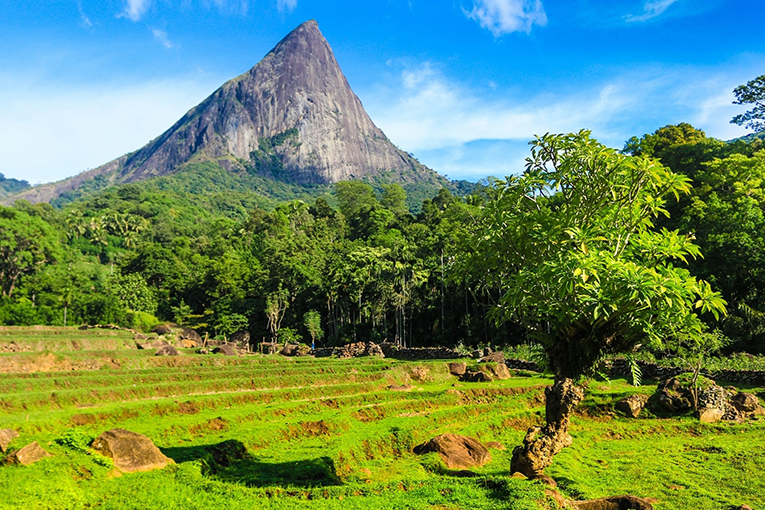 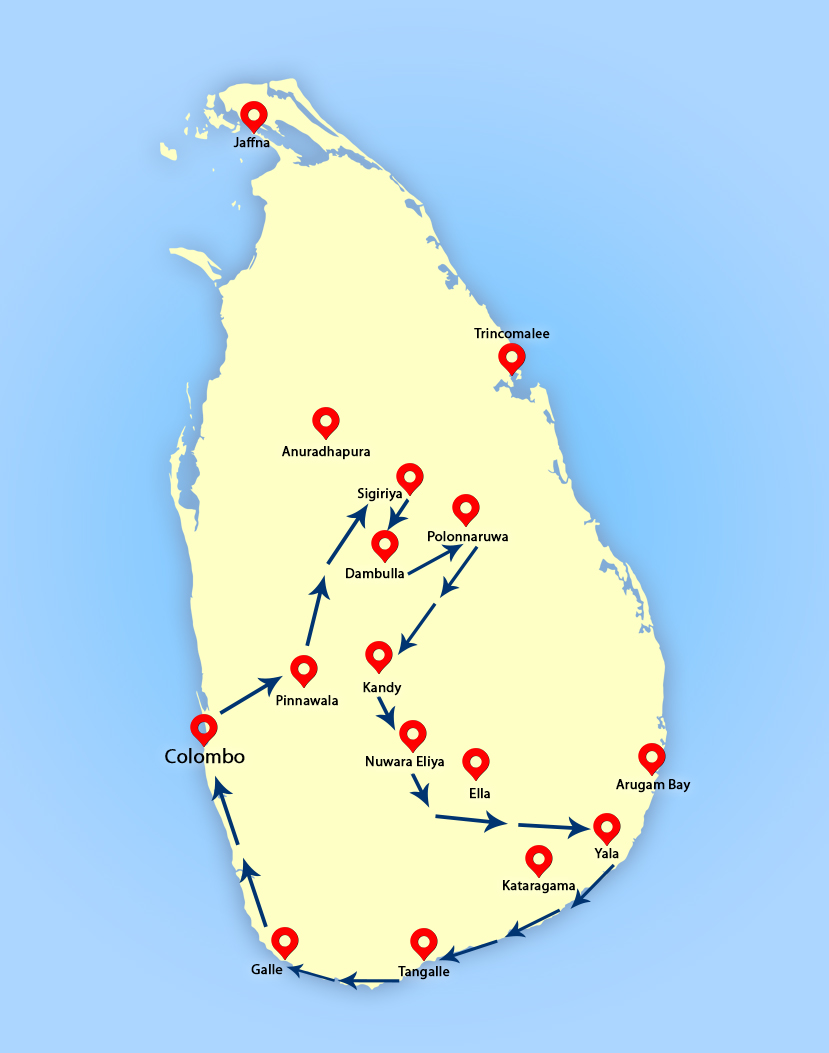 A tour of Sri Lanka with spices, batiks, elephants and unique historical sites 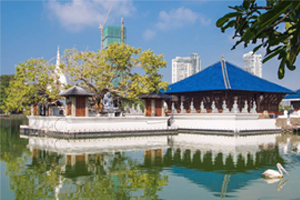 On arrival met by a representative/guide of Exotic  Holidays  and transfer to Colombo.

Colombo - like many capital cities in developing countries Colombo is fast changing its face. almost overnight, skyscrapers arise from where old buildings once stood, yet in some parts, the old world charm is retained. A 100-year-old clock tower and several British built, colonial buildings are still to be seen in the city.  The Pettah bazaar – where one can shop for bargains, a Hindu and a Buddhist temple, residential areas where you find the stately homes of the affluent, the Colombo museum, the Bandaranaike memorial international conference hall – an outright gift to Sri Lanka from the people’s republic of china, the new parliament in Sri Jayawardenapura and the folk art center are some of the places of interest that one can visit to.

Dinner and overnight stay at Hotel in Colombo. 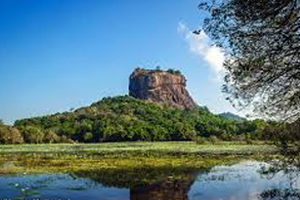 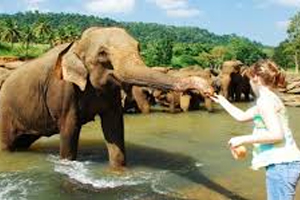 Pinnawela Elephant Orphanage - Started in 1975 to house the abandoned and the wounded, the orphanage has grown to be a big family today. The number of elephants has increased to more than 65 now, including baby elephant brought from various parts, as well as 14 babies born as a result of the captive breeding programme.  The best time to visit is the feeding time and the bathing time when the elephant are taken to the river close by. A unique experience never to be missed.

* Sigiriya is home to the 5th Century “Fortress in the Sky”  which is perhaps the most fantastic single wonder of the Island. It is also known as Lion Rock because of the huge lion that used to stand at the entrance to the fortress.  Within its triple-moated defence the huge  rock rises almost  to a sheer height of 500ft.  On its summit are the foundations of what was once a great and sumptuous palace and gardens complete with swimming pool. On one of the stairways the only known ancient work of Sinhala secular painting survived in the form of Frescoes of life sized damsels in all the freshness and delicacy of their original colour.

Thereafter proceed to visit Dambulla Cave Temple, a spice garden and a batik factory at Matale.

* Dambulla is a vast isolated rock mass 500ft high and a mile around the base. Here is found the famous Rock Temple dating to the First Century BC. The caves of Dambulla sheltered the King Walagamba during his 14 years of exile from Anuradhapura. When he regained the throne he built the most magnificent of Rock Temples to be found on the Island.

Dinner and overnight stay at Hotel at either Sigiriya , Dambulla or Habarana. 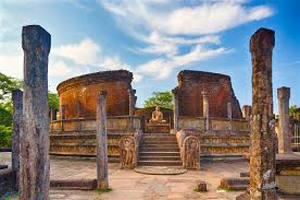 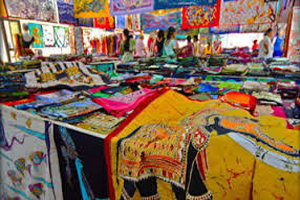 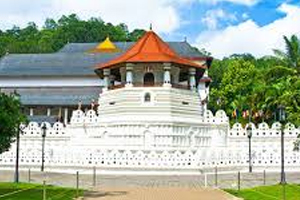 After breakfast do an excursion to Polonnaruwa.

* Polonnaruwa - the Capital of Sri Lanka from 11th - 13th Century, contains some splendid and spectacular statues.  Lankatileke, Tivanka and Thuparama are the most beautiful and largest shrine ruins and Tivanka has the best example of frescoes of the Polonnaruwa period. Rankot Vihara and Kiriwehera are well preserved large stupas, and Gal Vihare -  a rock shrine, has four Buddha statues, two seated, one standing and one reclining and Parakrama Bahu statue are examples of Sinhalese stone carver. The Vata-da-ge is a unique creation of the Sri Lankan artists.

* Spice Garden at Matale and see the luscious Cinnamons, Cardamons, Pepper plants etc. You can also purchase your requirements of spices.

Afterwards visit a * Batik Factory where you can see the manufacture of beautiful Batik prints. The shop contains a wide variety of Batik items.

Afternoon city tour of Kandy, including Upper Lake Drive, Market Square, Arts and acrafs Centre and the Temple of the Sacred Tooth Relic.

* Kandy - the hill capital. Venue of the annual Perahera. The last stronghold of the Sinhala Kings was finally ceded to the British in 1815. Kandy is an example of the Buddhism’s influence in Sri Lanka today. Temple’s shrines and monasteries keeping alive Buddhist traditions are everywhere.

* Temple of the Sacred Tooth Relic  - ever since 4th Century A.D, when the Buddha’s Tooth was brought to Sri Lanka hidden from sacrilegious hands in an Orissan princess’ hair, the Relic has grown in repute and holiness in Sri Lanka and throughout the Buddhist world. It is considered Sri Lanka’s most prized possession. Also witness a cultural show.

Dinner and overnight stay at Hotel at Kandy. * Royal Botanical Gardens, Peradeniya, Sixty Seven hectares of exquisite beauty and botanical treasurers containing more than 4000 species, this is haven not only for Scientists but to every nature lover as well.

* Nuwara Eliya - The ‘Little England’ of Sri Lanka, is set against beautiful backdrops of Mountains, Valleys, Waterfalls and Tea Plantations.  It is supposed to be one of the coldest places on the island, but is really just like an England spring day although the temperature does drop at night.

All around Nuwara Eliya you will see evidence of the British influence.  Houses are like country cottages or Queen Ann style mansions.

Rest of the day at leisure.

Dinner and overnight stay at Hotel at Nuwara Eliya. 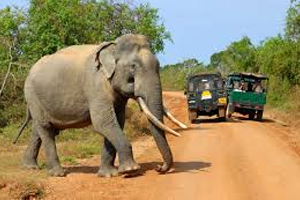 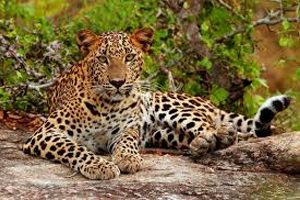 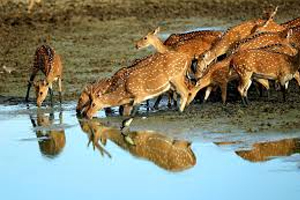 After breakfast proceed to Yala.

* Yala is a haven for Fauna both indigenous and migrant. Bird concentrations are by the Lagoons/Salvers.  Here are thousands of Flamingoes, Assemblies of spotted Billed Pelicans, Spoonbills, Cormorants and various species of Herons. Pheasants, Pea Fowl, Peacocks and the Wild Fowl  are found in hundreds. Wild Buffalo and herds of wild Elephants are a common sight. Whether it is birds or animals you have them all at Yala.

Dinner and overnight stay at Hotel at Tissamaharama or Kataragama. After breakfast transfer to Galle for the beach stay, en route do a city tour of Galle.

Galle Galle is considered to be one of Sri Lanka’s most historically interesting towns.  Built on a premonitory rock in the south of the Island. It was a major port until about 100 years, but today still handles shipping and sailing boats in the natural harbor.

Stroll around the Lighthouse and harbor or visit the old town where you can see the traditional lace makers and wood carvers. An Opportunity to purchase some the finest shell-craft souvenirs in the world.

Culture and Nature - Send an Inquiry