We are often asked to make a distinction between Galle Fort Hotel and Amangalla. Both are ancient buildings, wonderfully restored. Amangalle perhaps insists more on exclusivity, whereas Galle Fort Hotel, while striving for the same high standards, has more of a welcoming feel in its lively verandah bar. Amangalla consists of an amalgamation of buildings dating back over 400 years, used as an HQ for the Dutch commander and his officers in the 17th century and later as a billet for British soldiers. In 1865, the New Oriental Hotel was born and in its heyday on either side of the Second World War there were no more sought-after or daring parties in Sri Lanka. But the hotel suffered for a lack of investment until the arrival of Aman Resorts, the leading luxury hotel development company in Asia. A long, sensitive and complete refurbishment followed and in 2005 Amangalla opened for business. Amangalla now offers excellent old-world luxury, superb food, arguably the best spa in the island and exceptional service. 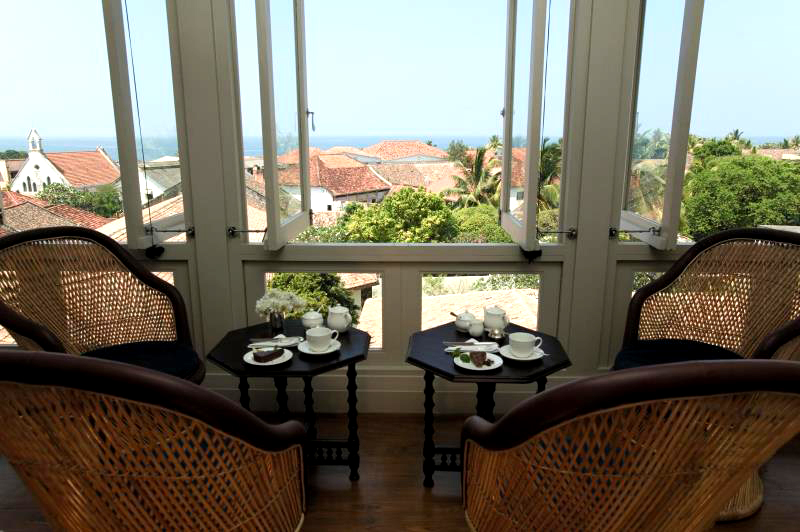